[2020 Update: The author no longer worries about the censorship he dealt with when his former publisher posted this blog. He now enjoys freedom and exercises his freedom of speech.]

[The author uses his pseudonym due to institutional concerns when his publisher emails blogs into American prisons: one prison blocked their emails after sending “Zachariah Zambroski, Attorney at Law.”]

PANIC IN THE NORTH POLE: Santa’s elves discovered a package that ticked and then called in the bomb squad. False alarm. After detonating the suspicious package, the bomb squad determined the ticking package had been a miniature version of a grandfather clock. Clocks will be clocks. Real clocks tick.

PLOTS OF TERRORISTS: The feds uncovered a terrorist plot to blast Santa out of the sky. An early morning raid by the FBI netted six terrorists, five pipe bombs, four AK-47s, three pistols, two Rocket Propelled Grenades with launchers, and one computer. A search of the hard drive on the computer revealed other terroristic plots against Santa.

Santa security personnel installed anti-missile devices and .50 caliber machine guns on the sled to give Santa a fighting chance. Santa says, “I’ll blast them to pieces before they get me.”

NO SANTA FOR PRISONERS: Santa’s not coming to see federal prisoners this year. The feds deemed Santa’s modified sled and his reindeer’s antlers a threat to institutional security and barred him from landing on prison property to deliver gifts to prisoners who have not been naughty. If he lands on federal property, he’ll be prosecuted on weapons charges and for the introduction of contraband behind the guard line.

Prisoners gathered on the yard to protest after the Warden announced the news. Guards in riot gear fired tear gas to disperse the prisoners. No reports of injuries. Prison authorities placed the prison on lockdown status and will feed the prisoners bologna sandwiches and Kool-Aid for Christmas.

CONCLUSION: The plot to stop Santa only stopped him from delivering gifts to prison, and that’s how the story ends, but at least the fortunate children will see him and get their gifts.

Terrorists will reap eternal suffering for their dirty deeds.

It turned out for the best anyway. Investigators later learned about a plot by Mean Mugger Mack and Hack’em & Sack’em Sam, who planned to rob Santa of all the gifts when he touched down, so it’s all good. The terrorists plot to stop Santa saved him in the end. As for the prisoners, prisoners are survivors and will go about their daily activities like it is just another day in the pen, hoping for the day of their freedom. May God bless them all with peace, regardless of the name used by those who pray to summon that power greater than themselves.

_______________________________
Merry Christmas and Happy New Year to all who celebrate! I hope everyone gets blessed with the desires of their heart and that 2016 will be the best year ever experienced. Watch for my next blog on Presidential Commutation of Sentences. 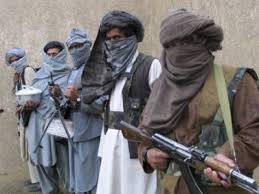 The author uses Mr. D as his pseudonym to avoid conflicts when his publisher emails blogs to incarcerated clients. After sending “Zachariah Zambroski, Attorney at Law,” one prison administration blocked the publisher’s emails.]

Six-months ago I wrote “Love and Evil are Color-blind” about the Charleston Church Massacre, where a young white male murdered nine innocent African-Americans during a Bible study at the Emanuel AME Church in Charleston, South Carolina. Evil is amongst us. Murderers have killed and injured hundreds of others in mass shootings since then. The most recent mass shooting in America was a terrorists attack in San Bernardino, California by an Islamic extremist couple.

I began this blog December 7, 2015, while sitting in a noisy commissary for an hour with several incarcerated peers. I sat waiting for my name to be called so I could spend money in the only store in town, an event I often complain about (loud noise and long-waiting period). Then I stop to realize that a lot of people would love to have my problem (most prisoners cannot afford the luxury of going to the commissary). Then I stop whining and get an attitude of gratitude for having the privilege to shop inside an American prison, where I am freer than some citizens in foreign countries. My attitude of gratitude does not stop me from experiencing anger over world events.

IDEOLOGICAL MURDERERS: Mass shootings of innocent people makes me angry; especially, those based on ideological beliefs used to justify killing others who may believe, think, act, or look different; regardless of whether it be due to abortion rights, religious views and affiliations, politics, or any other reason.

I could write a documentary on police shooting unarmed citizens and all of the recent mass shootings but I am lacking factual information. 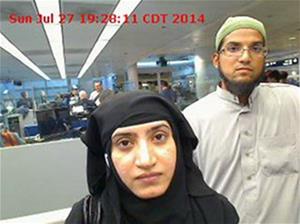 TERRORISTS IN AMERICA: On December 2, 2015, a young male and female walked into the Inland Regional Center and opened fire on unarmed American citizens, killing fourteen and injuring twenty-two others from various ethnic backgrounds. The attackers were reportedly radicalized Muslims with vowed allegiance to ISIS, an extremist sect of Islam that damages the image of true Muslims.

Some actions of ISIS remind me of the Catholics during the Spanish Inquisition, when Catholics beheaded Natives who would not convert to Christianity. Maybe ISIS ideology will evolve the same as Catholicism did centuries ago.

THE BEST DEFENSE IS AN OFFENSE: I am not aware of any news agencies reporting that the victims of any mass shootings fought the attackers during the rampage, other than a man at the college shooting in Oregon, USA. News reports have included tales of valiant law enforcement agents and citizens who put themselves in harms way during and when responding to the traumatic events.

I wrote my opinion and suggestions for dealing with mass shootings in my November 3, 2015, blog post (“Rain, Blogs, Frogs, and Politics”): fight for your life, do not lay and wait for execution. Flip the script by becoming the aggressor. Mass shooters probably do not anticipate resistance.

A few days after I posted that blog, three terrorists walked into a concert hall in Paris, France and gun-downed almost one-hundred, unarmed people who did not fight for their lives.

In several mass shootings, including the one in Paris, some victims displayed acts of heroism by using their bodies as shields to protect others who survived to tell the stories. That is an honorable way for anyone to die, which is the premises behind my belief that those under attack in mass shootings should attack the assailant(s) when an escape is not possible.

I cannot understand people not fighting for their lives when attacked by lunatics with guns or other weapons. Nor do I understand a young woman with a six-month-young child, who left her offspring to die for ISIS, as happened in San Bernardino, California. In my opinion, ISIS does not show women respect by treating them as if they do not have rights, other than to give birth to their children. Numerous ISIS members reportedly rape little girls and women whom they impregnate.

These events trouble me in a sincere way, since anyone may fall victim to ruthless murderers filled with hate and anger based on some ideological belief that makes them think God put them on Earth to do the work of the Divine: that is the insanity of religious zealots with warped ideological beliefs.

Whether Muslims, Christians, Pagans, Jews, or any other group, when one persecutes the other because of their beliefs, the persecutors become worse than those they persecute for perceived unrighteousness.

Why can’t we all just get along and learn to love and accept each other and our differences?

I don’t know what makes millions of humans think that God only speaks to them and that they are right and everyone else is wrong. I expressed my spiritual beliefs in my blog, “A Spiritual Journey,” which originally appeared on Surepleasure Promotions’ website a few years ago.

ALL MUSLIMS ARE NOT EXTREMISTS: I live in prison with different factions of Muslims, many like those President Obama spoke of during his State of the Union Address earlier this week. Some Muslims I know denounce ISIS and other extremist factions of Islam and would fight with America and other free countries to defeat them. Some may want to join ISIS because of inflicted injustices by “infidels.” I don’t know.

Stereotyping everyone who believes in Islam is fascism and a form of racism. America is better than that presidential candidate, Donald Trump.

NO GUNS IN PRISON: It is a good thing I am in prison where it takes homemade weapons like knives, pipes, and courage to murder people. Some coward with a gun cannot gun us down in here, and I assure you, if they tried, they’d be met with opposition. Many men and women inside prisons have nothing to lose but pride and dignity, a priceless trait many of us took a bullet to keep when we fought a losing battle against the American Criminal Justice System.

CONCLUSION: ISIS and other ideological extremists will lose the battle against America and other free nations, whose citizens those groups consider infidels because we refuse to accept their warped ideology; however, their ideology will continue to live as bombs, bullets, and explosives continue to kill innocent people across the globe.

Brutal acts of aggression against any people inevitably breeds more hate for the oppressors, regardless of which banner of self-proclaimed righteousness they may fly. Ideology cannot be killed: It lives in books and the minds and hearts of men and women. The history of the Bible and Christianity verifies that statement, evidenced by thousands of years of survival after numerous Rulers and Empires attempted to destroy the thriving Christian faith of today.

_____________________
Buy my books, essays, and short stories from StraightFromthePen.com, Midnight Express Books, or from your favorite book and eBook retailers. Follow my blogs on straightfromthepen.wordpress.com

Straight from the Pen Ads PriceWaiter Saves You Money. Use PriceWaiter to negotiate best prices on Home and Garden appliances.  Name your price on electronics at PriceWaiter, like big screen televisions, and many other great products for the best prices available.