When my day comes in the near future, I will be approaching the free society like the Columbia Space Shuttle reentering the atmosphere without all of its protective tiles, or like a meteor heading straight for a collision course with the earth:  I will burn up because of the friction created in the atmosphere of society, caused by my reentry into a distant world of free citizens, unless I proceed with caution and the protection of knowledge, draped in a determination to succeed against the odds.

I must remain constantly aware of the transitional aspect of my journey and how I am affected by all that has changed since my departure three decades ago.  Upon my reentry into a time-warp-zone, I will fail to become a productive member of society if I do not take advantage of the available help now available to prisoners, which will help me ease into a normal life, whatever a normal life may be “out there.”

In “No Sympathy” I wrote about my transition into society after serving seven years in the State of Georgia’s prison system and my eventual return to prison (recidivism).  I use my experience to show others that it did not have to be that way:  I did not have to return to prison.  I made choices that led me to where I now write.  I use my story to promote change in a broken criminal justice system and am pleased to see that some of the issues I pushed for over the years have come into existence.

In May 2015, I had my publisher to send Georgia Governor, Nathan Deal, an email for me and an electronic copy of my blog (“Snake vs. Politics,” 03/13/15).  In my blog, in the section subtitled, “Political Promises & Incarceration,” I praised Governor Deal for what he had done and planned to do in the Georgia Criminal Justice system and its prison system.  I know his action will lead to favorable results; e.g., his creating re-entry programs for those released from prison and juvenile diversion programs to stop the flow of juveniles becoming career offenders.

In another essay I wrote and then posted on my blogs (The Truth About Incarceration, Part II); in a subtitled section, “Reentry & Recidivism,” I wrote about the Honorable Eric Holder, former U.S. Attorney General and President Obama for creating reentry initiatives to help ex-offenders find employment, treatment for drug, alcohol problems and mental health issues.

Those reentry initiatives are more of what I pushed for and know will have a positive impact on the lives of those released from prison, as well as for American society as a whole.  (We are all a part of “one,” whether we want to be or not.)  I cried out for all of that in “No Sympathy” when I revised it in June 2014 before I put it in my personal magazine (ESSAYS & MORE STRAIGHT FROM THE PEN) and posted it online as an eBook and then on my blog for everyone to read for free.

I have written other blogs that mention recidivism rates and my experiences over the years that will increase my chances of getting out and staying out when released.  Some blogs contain humorous parts but still draw attention to important issues.

In “Rain, Blogs, Frogs & Politics” (November 3, 2015), and in “Vacation in Prison” (April 8, 2015), I wrote about my position in the Federal Prison Industries (trade name UNICOR).  My experiences and skills learned in the organization will help me to secure employment upon release.  I have been fortunate to have obtained legal skills foreign to most prisoners.

Then in “Teaching Cons New Tricks–Creative Writing and Q.A. Apprenticeship Program” (April 15, 2015), I did the same (wrote about skills learned to help me reintegrate into society).

UNICOR is a non-profit organization set up by Congress in the mid-thirties to make various cotton duck cloth items, originally strictly for the military and other government agencies.  The business structure of UNICOR operates similar to the United States Postal Service by generating its own funding, rather than depending on Congressional budgets.

I show in my essays that UNICOR reduces recidivism by teaching inmates marketable job skills.  Even though in recent years, UNICOR seems to have lost focus of the fact that Congress created the organization as a work program for inmates; not as a conglomerate to become a good-ole-boys fraternity or undercover, profit-generating organization, where profits must disappear into staff bonuses and purchases of elaborate office furnishings or maybe into expense paid trips justified as business necessities.

By their Program Statement, UNICOR has an Inmate Scholarship Award where UNICOR contributes funds to assist inmate employees in paying for college courses; however, the budget for the Inmate Scholarship Awards disappeared, probably into some lavish furniture or extra large bonus for Washington Officials who stripped the funding from the program.  Imagine that, misuse of government funding:  Spend funding on unnecessary items rather than on maintaining a program known to reduce recidivism.

Programs that allow inmates to learn new skills, improve their education, and to learn a new way of life benefit inmates and society:  It is a cost-effective way to reduce recidivism and to help create more productive and constructive members of society.  In “Snake vs. Politics,” I challenged all politicians to read “No Sympathy” when deciding on what is needed to reduce recidivism rates in America.  Maybe some of them actually took me up on the offer.  I feel reasonably assured that Governor Nathan Deal accepted the challenge.  He continues to strive toward making prisons do what society needs done to shut the well-known “revolving door” of recidivist that plague the nation.

I will write a more technical blog on Reentry and Recidivism next time I have time to write.  Most of my time has been going toward legal work to help other prisoners file post-conviction relief motions, in an effort to help them obtain their freedom.  I won two out of the last five and hope to go five and O.  🙂  Now, due to a long-shot chance I have at obtaining my own freedom, I must rush to seek permission to file a motion to challenge my own conviction before the June 26, 2015, deadline.  Recent changes in law due to the United States Supreme Court’s decision in Johnson v. United States, 135 S. Ct. 2551 (June 26, 2015) is what has changed.  As I wrote in “Violent Crime Misconception,” Johnson invalidated a provision of the Armed Career Criminal statute, known as the “Residual Clause.”  Some courts are rightfully applying it to other similar provisions in various statutes, such as Title 18, Section 924(c)(2)(B), which is where “crime of violence” is defined and contains similar language, as does the statute for immigration (18 U.S.C., Section 16(b)).  I have to show armed bank robbery is not “categorically” a crime of violence because a person can commit the crime without rising to the level of violence required to show it is a violent crime. A lot of legal jargon with lots of meaning for those fighting to live another day as free men and women. 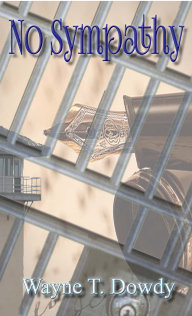 Purchase “No Sympathy” as one of eleven essays in the collection, ESSAYS & MORE STRAIGHT FROM THE PEN by Wayne T. Dowdy, $8.95 USD, available from all major bookstores and eBook retailers.  Read No Sympathy for free online or by downloading the individual essay from Smashwords.com and other eBook retailers.

Due to technical issues, the release of UNKNOWN INNOCENCE was postponed.  The pagination was reduced and the book reformatted.  The tentative plan for release is June 15, 2016.  The listed price is $14.95, USD.  At 85,000-words, that is a deal:  Two books in one.  Those without Internet access may purchase it from Midnight Express Books, P.O. Box 69, Berryville, AR 72616 (email:  MEBooks1@yahoo.com).  All others may buy it from their favorite bookstores or eBook retailers, including the AppleiBookstore.