On January 5, 2016, I wrote about Alphonso D. in “Freedom for a Friend,” whom President Obama had freed from an unjust sentence of life-without-parole.  The President granted Alphonso’s petition for commutation of sentence and gave him another chance at life in the free society.

ANOTHER FRIEND FREED:  I am grateful to write that President Obama granted 214-more commutation of sentences on August 3, 2016.  One of the men was another friend of mine:  Alonzo M., a tall, light-skinned, well-mannered, African-American male.

Before August 3, 2016, Alonzo was eighteen years into serving life without parole for a drug conspiracy case, with a concurrent 240-month sentence for a bogus money laundering charge.  He was fed to the lions by criminals who wanted time off their sentences.

DANGEROUS CRIMINAL:  Alonzo was a late bloomer who indulged in mind-altering substances for his enjoyment, not for business purposes.  He occasionally bought small quantities of marijuana, until at the age of 47, after hospitalization for a serious injury, he began using cocaine and heroin to ease the pain of his injuries.  (See SENTENCING ENHANCEMENT FACTORS below for why he received so much time.) 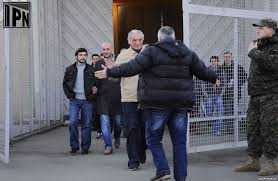 FREEING JAIL BIRDS:  Alonzo ran a family-owned bonding service, passed on to him by his father.  He employed two brothers.  Mackins Bonding Service helped get men and women out of jail who paid the required fee, or otherwise put up something of value to cover the cost of the bond.  Many of his customers were drug dealers.  He came when called to bond them out of jail.  If he knew them and they had been good about paying debts, he’d work with them on the financial aspect to get them out.

UNDER PRESSURE:  Prosecutors and law enforcement officers use jail cells and the poor living conditions to pressure defendants into pleading guilty, and into cooperating with investigations by helping to put other people in jail.  That is especially true in cases based on the most abused law in history:  CONSPIRACY.  That is so even when the government witnesses are known liars who fabricate evidence to get a plea deal.

WARNING:  One agent from the federal Drug Enforcement Agency (DEA) cautioned Alonzo, “You are interfering with our investigations by getting them out of jail before we can interrogate them properly.”

Another DEA agent came to him in 1997 and attempted to get him to cooperate by providing information against some of his clients.  The DEA agent said, “I know you have a drug problem and that you buy drugs from some of them, but we don’t want you.  You aren’t the problem, but if you don’t become part of the solution, we will see you as part of the problem.”

Alonzo didn’t cooperate and become targeted as the problem.  When he continued to do his job, federal prosecutors put the word out in prisons and jails that they wanted the Mackins and offered reduced sentences to those who provided information.

JAIL BIRDS LIE:  For sentence reductions, the conspirators mostly made false claims against Alonzo and his brother, Willie.  The lies told were payment for the Mackins’ getting people out of jail who law enforcement officials did not want out.

MONEY:  Alonzo broke both legs in an auto accident and was out of the bonding business for eight months.  During that time, Ron S., a pretrial detainee, whose girlfriend was the daughter of a long-time customer, gave her father $100,000 to deliver to Willie to hold for his bond, until his attorney took care of other pending charges.

BAD DECISION:  Ron S. was in jail for selling drugs.  His bond was one million dollars.  He had a detainer in another jurisdiction that he needed removed to make bond.  (A detainer is a hold placed on a prisoner by law enforcement authorities that prohibits release of the prisoner without notifying the agency who placed the detainer.)

NO BOND:  Willie attempted to make the bond for Ron S. but the jailers would not release him because of the detainer.  That’s when Ron S. instructed Willie to give some money to the girl.

When Alonzo returned to work and received a phone call from Ron S. wanting a refund of his money, Alonzo did not know what he was talking about.  He checked the log and did not find any entry for Ron S., so he asked, “Which bondsman took your money?”

“Give me time to investigate,” Alonzo said.  “Call me back later.”

After a meeting with his fellow bondsmen and of learning that Ron S. could not make bond, he told his brother to return the money.  He explained it was short because of him having given the money to the attorney and the girl.  Alonzo knew something wasn’t right.  When Ron S. returned the call, he attempted to set-up Alonzo, who said his money would be refunded, but he first had to sell some rental properties to get the remainder of the balance.

“You can give me the rest in something else,” he said, suggesting drugs.

To paraphrase, Alonzo told him, I don’t know where you got that idea.  I don’t do business like that and neither does anyone else here.  I resent your implications, and I wouldn’t be talking with you right now if my company wasn’t involved.  You will get your money, he said, and hung up the phone.

Ron S. lied in court and claimed the financial transaction involved drugs.  The above conversation never played out in court.  Ron S. received a sentence reduction for telling his lies, as did most others who testified.

GOOD DEEDS MADE BAD:  The fabricated money laundering charge began in the late eighties.  He is uncertain of exactly when, but suspects the theory began when he innocently loaned $11,000 to a woman against her nephew’s Mercedes-Benz, for $2,000 interest on a six-month loan.

Lola claimed they needed the money to put a relative in a nursing home.  No one ever mentioned drugs during any conversation he had with her.

She came to him later with various sad stories and persuaded him into helping her rent vehicles because she needed them to move or transport her relatives or children, and because she didn’t have a credit card to use to rent a vehicle.  Since she had repaid the $13,000 in a little over six-months, and she had brought him and his father a lot of bonding business over the years, he helped her.  Each time he rented her a vehicle, she gave him $50.00.

One of the times that she came asking him to help her get a vehicle, she had tears in her eyes and said a relative had died and she needed help.  He always gave her a helping hand but never knew of any drug transaction or inappropriate use of the vehicles.

In Court, the government claimed he rented Lola the vehicles to transport drugs for her nephew.  She had died by the time he was hauled into court, so she could not tell the truth about their relationship.  He was never involved with her nephew or other family members, other than bonding them out of jail, if Lola stood good for them.

His good deeds got him life without parole when people lied on him in court to get time off their sentences.

SENTENCING ENHANCEMENT FACTORS:  Alonzo went to trial and was found guilty based upon the conspiracy theories.  At sentencing, the prosecutor pushed the judge to give him a life sentence because of 1) their claim that he was a leader and organizer; 2) the alleged drug conspiracy quantities, never proved to a jury, but found by the judge, and 3), his prior conviction for possession of .02 grams of cocaine that a female passenger had dropped between his car seats.

In reference to the incident behind his notorious prior conviction, he said, “I saw her drop it.  I looked everywhere for it and even vacuumed the car.  I still didn’t find it, but when that cop searched the car, he found it.”

I looked at him and smiled before I said, “You are such a dangerous criminal, I don’t know how I have lived around you for so long.”

The judge enhanced his current sentence because he possessed a gun that was found during his arrest for the match head of powder cocaine.  He legally owned and possessed the firearm.  Bondsmen carry guns.

WORKING MAN:  Alonzo works in the cubicle beside me in the business office of the Federal Prison Industries, Inc.  Since news of his commutation circulated the prison network news (Inmate.com), several people came by to congratulate him.  Most everyone said the same thing:  “No one deserved it more than you,” or “It couldn’t have happened to a better man.”

I agree.  He is one of the most humble, respectful, polite and kind people that I know.  When I grow up, I want to be like him.

Three years ago, Alphonso and Alonzo worked within ten feet of each other as Quality Assurance Inspectors on a production line, inspecting small components before installation on military trousers.  I got to know both men by issuing and reviewing their inspection instructions, inspection stamps, and other documents as part of my position as the document control clerk and as an internal auditor.  Both men took pride in their work and were known by staff and inmates as the most reliable Q.A. Inspectors.

GRATITUDE:  Alphonso D. and Alonzo M. deserved the President’s compassion and have expressed their gratitude for him giving them another chance at life.  I am confident that neither one will betray his trust.

I am grateful to President Obama for blessing them with freedom.  Neither man should have been serving a life sentence in federal prison, where they were doomed to die before the President commuted their sentences.  I hope other Presidents will have as much courage as President Obama displayed by standing up for what is right, in light of the controversy his actions have caused with his critics.

JUSTICE ?:  Thousands of others remain in federal and state prisons serving life sentences, many of whom were convicted for Ghost Dope Conspiracies and other similar crimes, where no actual drugs or evidence existed, other than that provided by testifying codefendants or informants, who provided testimony to avoid prison or to shorten their stay.

May justice one day be served by Congress clarifying the law or passing others to prohibit prosecutors from using tainted testimony, paid for by giving witnesses “something of value for their testimony in court,” in violation of Title 18 of the United States Code, Section 201(c)(2), the Anti-bribery statute.

As a three-judge panel in the UNITED STATES COURT OF APPEALS FOR THE TENTH CIRCUIT concluded in Singleton v. United States (1998), a person’s freedom is something of value.  An en banc decision (reviewed by all judges on the Tenth Circuit) overturned the original decision, after political pressure consumed the news about the three-judge panel’s decision.  The en banc panel essentially concluded that governments have been giving deals for centuries, so it must be okay.  If asked, I’d said, the Romans fed Christians to the lions and thought that it was okay, too.  Civilization proved otherwise.

Paying a man or woman with freedom, who may be condemned if they do not perform as the prosecutor demands, taints the judicial process and has made a mockery out of the American criminal justice system by allowing dangerous criminals to go free or to be released early from prison for providing unreliable information used to put people in prison.

Paying people for testimony leads to unreliable convictions, as happened in the cases of Alphonso and Alonzo, and thousands of other American citizens.  Most criminal defendants will not hesitate to tell a lie to the tune of a prosecutor, to avoid being fed to
the lions. 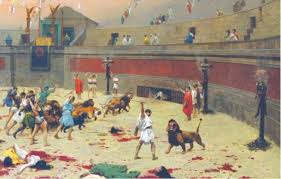